When I woke at 5:30am, Alan had already left. I was amazed I hadn’t heard him pack up his tent and leave. It was a bit cooler in the morning and an overall beautiful day with calm winds. Only a few miles of interstate today which would be the last bit of interstate of the whole trip. I stopped by a gas station in Glendive to get a donut, chocolate milk, and a new stick of chapstick with sunscreen in it. I got on a highway 200 which had a good-sized shoulder with a rumblestrip. 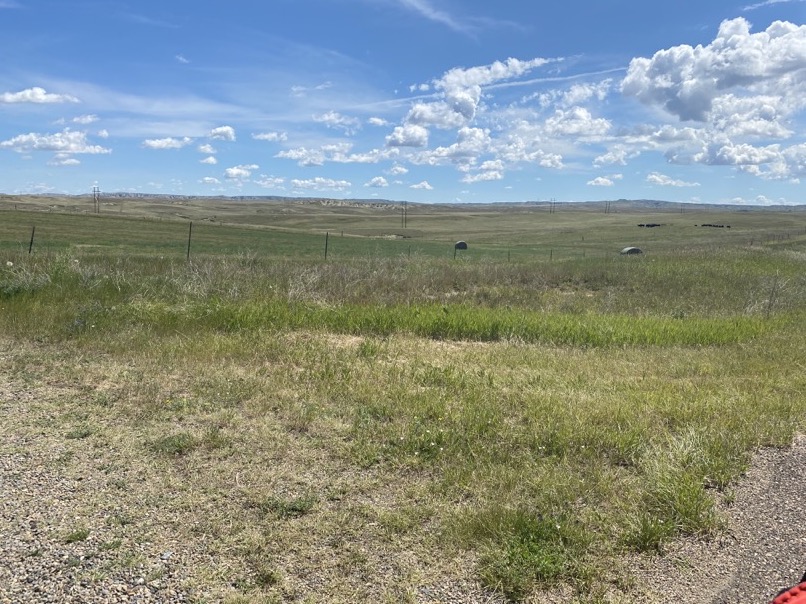 The highway paralleled a railroad which meant the road was overall flat. The railroad had the most train cars I had ever seen: One continuous line of train cars for 30 miles. 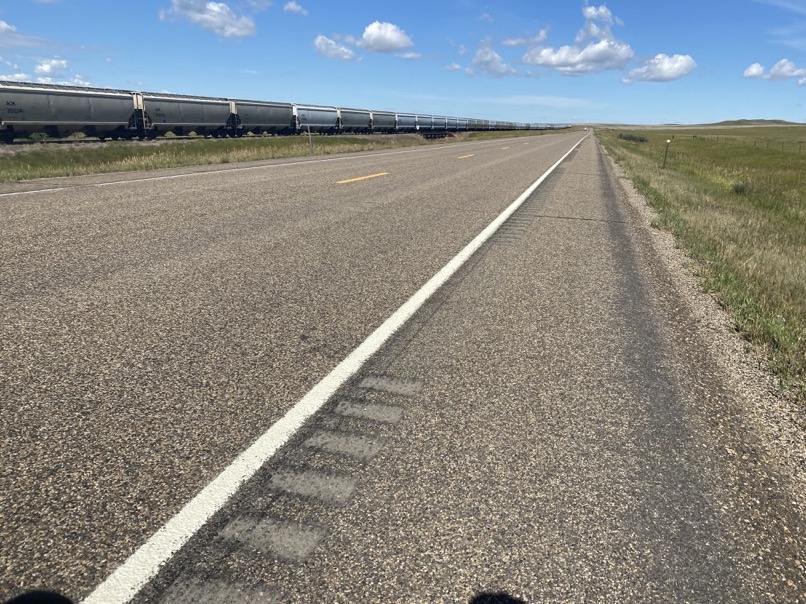 5 bike tourers passed, going the othe direction - the most I’ve seen yet. I caught up with Alan who said he talked to a local in Lindsay and mentioned the train cars were there for storage. I told Alan how impressed I was of how early he started his day and how quiet he was. Alan got the trail name “ninja mouse” by other hikers while hiking the Appalachian trail last year, who also noticed his skill of waking up and leaving without anyone noticing. 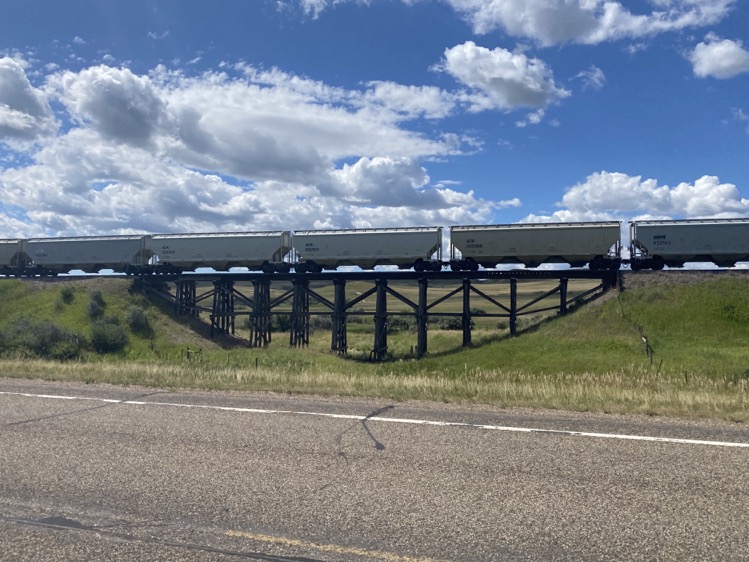 We arrived in Circle, being 80 miles into the day, I was doing my usual ritual of seeing what it would be like to bike further. The next town was 67 more miles, so I decided to call it a day. Alan and I both got rooms at the same hotel. Nobody was in the main office, so I called and the owner said he would come by. It was an older person who was also the local John Deere dealer. With Alan being a retired farmer, it was fun to hear them talk about farming machinery while the owner showed us the rooms he had available. One of the rooms was smaller with a twin bed, while the other was bigger with a queen bed.

Alan let me have the queen bed, pointing out that I was almost a foot taller than him. I thanked him and we went into our rooms and rested before meeting up later to get food. We stopped by a grocery store. I bought the 4-pack of muffins this time. Alan bought a quart of milk. We ate a restaurant together. No hamburgers this time, but it was a welcomed change.

We talked about our routes for tomorrow, noting the 67 miles to the next town, Jordan. I noticed a rest stop on my map which mentioned running water. Just to be safe, I called the Montana DOT to make sure the rest stop was open and the water fountains were turned on. We went back to the hotel and said good night after Alan poured out half of his milk into a cup for me to have with breakfast tomorrow morning.