Early in the morning, I was reminded of that state park in Minnesota as I heard thunder around 2:30. It wasn’t raining, but I saw a possible storm approaching on my weather radar and decided to go into the convenience store bathroom just to be safe, which the owners kept unlocked for us. The storm dodged us, and my reaction was probably overkill, but I was admittedly new to camping in a thunderstorm. I went back to my tent and slept for a few more hours. When I woke up around 5:15am, Alan was already on the road which wasn’t surprising at this point. I was on the road by 6:15. 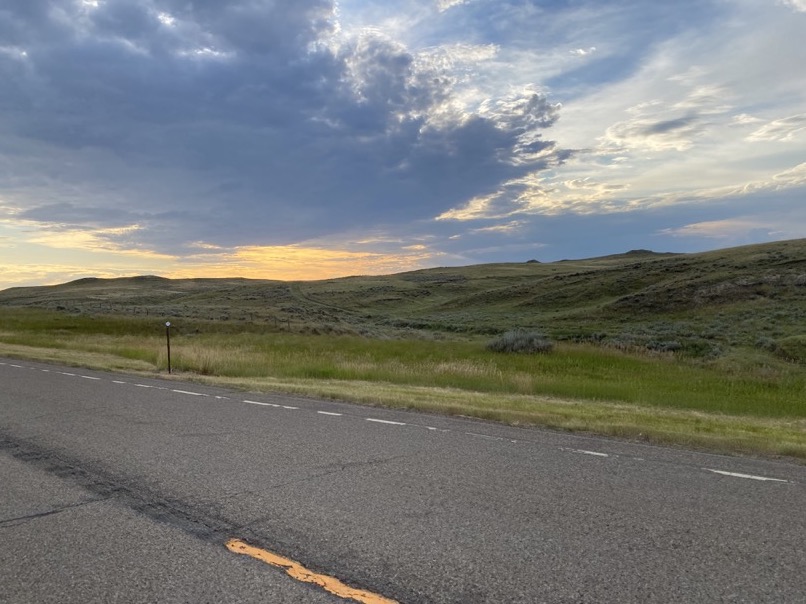 The wind was low, but I knew it would be increasing as the day progressed. There was a decent-sized climb out of Sand Springs, and I was starting to be able to see more trees around me and mountains in the distance. I was excited knowing I was getting closer to being able to ride on the mountains. 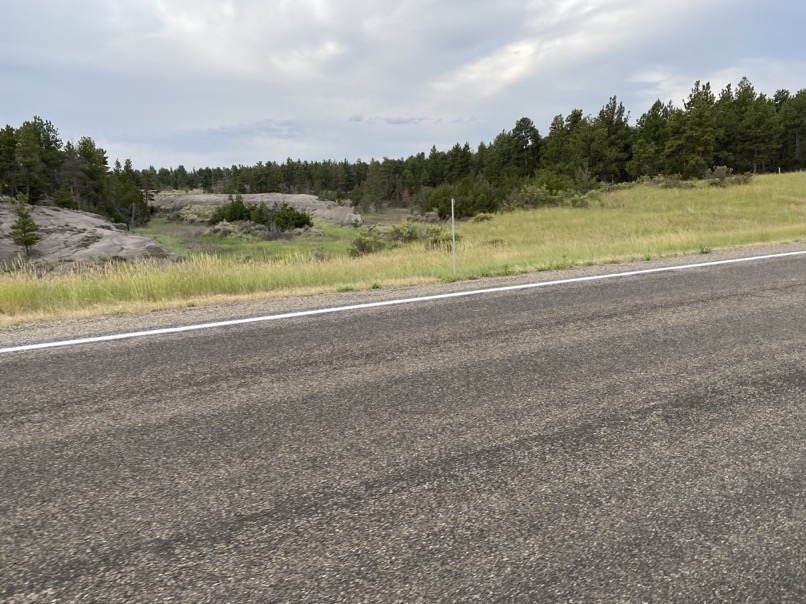 I stopped on the side of the road as I passed through Winnett, deciding not to go to the local gas station. Admittedly, I bought too much food at the convenience store the day before and had plenty leftover for today’s ride. The wind was really howling at this point, directly in my face. It was too strong to be able to listen to anything in my headphones. I continued on and ran into Alan. The elevation profile of today’s ride was mostly uphill, with one significant climb towards the end before my planned destination of Lewistown, the geographic center of Montana. The riding was slow, the wind was brutal. Talking to Alan helped, as it usually did during these tough days. It was hard for me to hold a conversation, I couldn’t get my mind off of the headwind and increasing traffic. Alan had a calm way of voicing these kinds of frustrations, saying how he’ll be happy when today is over. 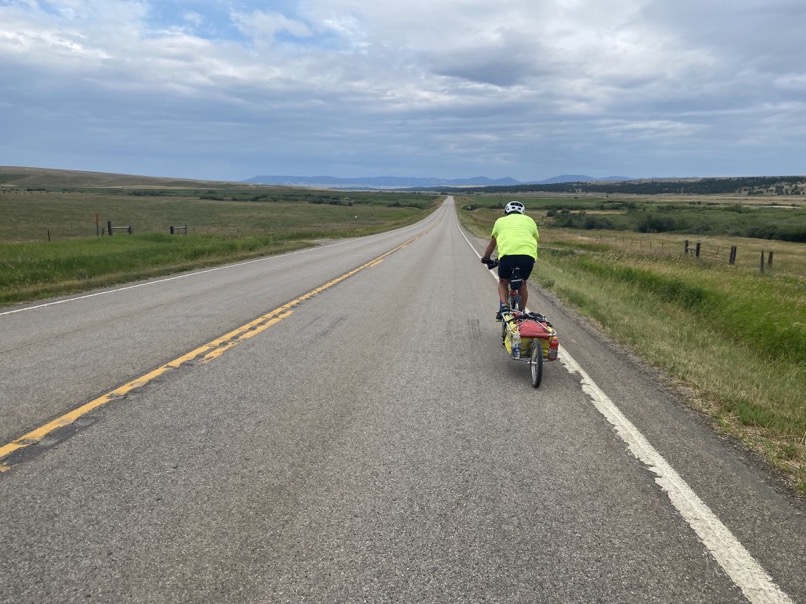 I hadn’t refilled my water bottles yet today. We passed by Grass Range, a small town a mile off the highway. I should’ve refilled my water, but I didn’t want to add the additional miles. I decided to keep going with the water I had, knowing there wasn’t another town or rest stop between here and Lewistown. 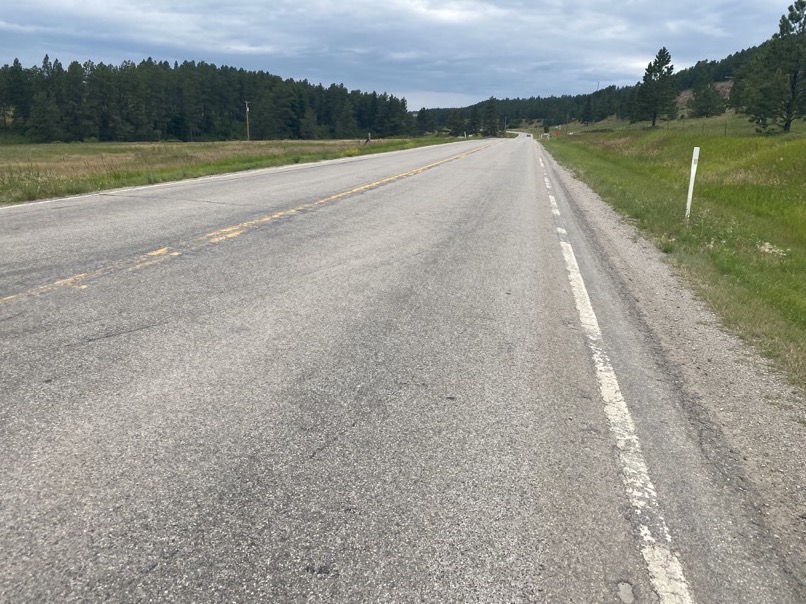 As we were going up the steady incline in the wind, Alan pointed out how his bike computer said he was doing 8 miles per hour. I wanted to stay with him to talk, but I felt like I was out of words to say, and I wanted the ride to be over with as soon as possible. We agreed to split up and I forged ahead to tackle the big climb of the day. The scenery was beautiful, with more trees and views of mountains. The steeper hill helped block some of the wind. I made it to the top and enjoyed the descent into Lewistown.

I found a hotel, showered, and took a long nap. Today was another day of more mental exhaustion than physical exhaustion.

I texted Alan, knowing he didn’t have a phone on him but was planning to buy a new one in town. I got dinner at a local brewery and then stopped by an Albertson’s grocery store, a familiar sign that I was getting closer to Oregon. After getting back to the hotel, I got a text back from Alan, saying he bought a new phone and was staying at hotel on the west side of town.