Biking to Oregon: Day 14 - Montana is a Challenge

All those trees yesterday were short lived, as I left Lewistown and went back into cow grazing land. The Lewis and Clark and Northern Tier routes diverged in Lewistown. Alan would be leaving town to the north while I would be continuing west. Our routes did meet up again briefly in Great Falls where I would be leaving the Northern Tier route to join the Lewis and Clark route to get to Missoula, where I would join the ACA TransAmerica route. Alan’s route adds about 40 miles to get to Great Falls, so I decided to stay on my route, aiming to finish the day in Great Falls, which was 110 miles away.

As I predicted from looking at my forecast yesterday, the wind was blowing hard, right in my face. The traffic was picking up. I had a shoulder with a rumblestrip, but the rumblestrip eventually went away and the shoulder got smaller. There were a lot of rolling hills today, with a fleet of wind turbines sitting on a ridge, all spinning and not facing the direction I would’ve preferred. The short inclines and declines were tough. The uphill wasn’t steep enough to shield the wind, and there were no trees around to help either. When I started going downhill, I found myself still pedaling in my climbing gear to avoid travelling at a snail’s pace. 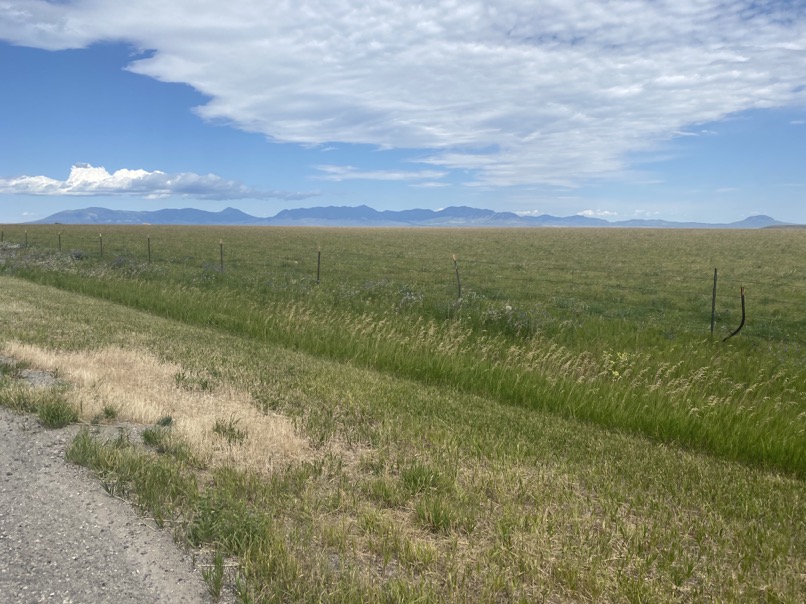 I was descending into a small town with a gas station, I noticed a change in the feel of my ride. I noticed my rear tire was low on air. My first flat tire of the trip, and of course it was on a day with high wind and busy roads. I pulled into the gas station and went around back. I took off my tire and inspected it. Sure enough, it was a small wire that Alan had warned me about back in North Dakota. I scanned the inside and outside of my tire for a few minutes, making sure nothing else would pop the new tube I put in. I pumped up my tire and then went in the gas station to get chocolate milk, more water, and snacks.

As I continued west, the road dipped into a valley, with ridges on either side. At this point, the shoulder was gone and there was a guard rail forcing me to be sharing a lane with heavy traffic. I was constantly looking over my shoulder to prepare for passing cars and semi trucks. This was not the amount of traffic I had in mind when I pictured biking through Montana. I was reminiscing of the interstate in North Dakota. You know you’re on a bad road when you’d rather be biking on the interstate.

The Northern Tier route eventually took me off the highway onto a backroad. The road also had no shoulder, but there were only a few cars. I felt so relieved to be off the highway. 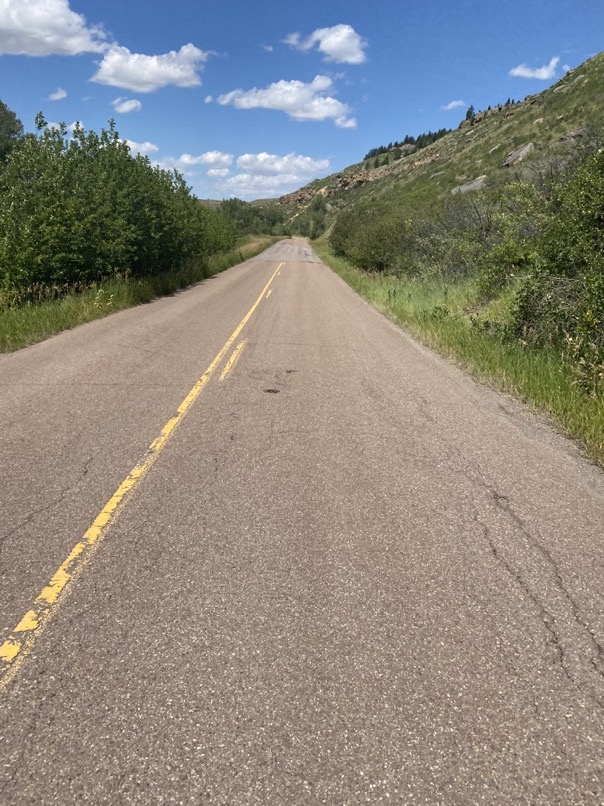 I passed through Belt, which was my last stop before Great Falls. After refilling on water and snacks, I continued on to go up a steep climb before getting back on the main highway. When I rejoined the highway, it had regrew a bigger shoulder at this point. The traffic was still bad, but I’ll take anything I can get. The highway eventually doubled in lanes and the shoulder had a rumblestrip. I still had to pedal downhill against the wind, but I was motivated to get to Great Falls. Abbey booked me another hotel. I stopped at a bike shop downtown to buy a new tube and they gave me restaurant recommendations. For some reason, I ended up ignoring them and ordered another Domino’s pizza when I got to the hotel. Their recommendations sounded good, but I was hungry for whatever option that I could order on my phone and get delivered. 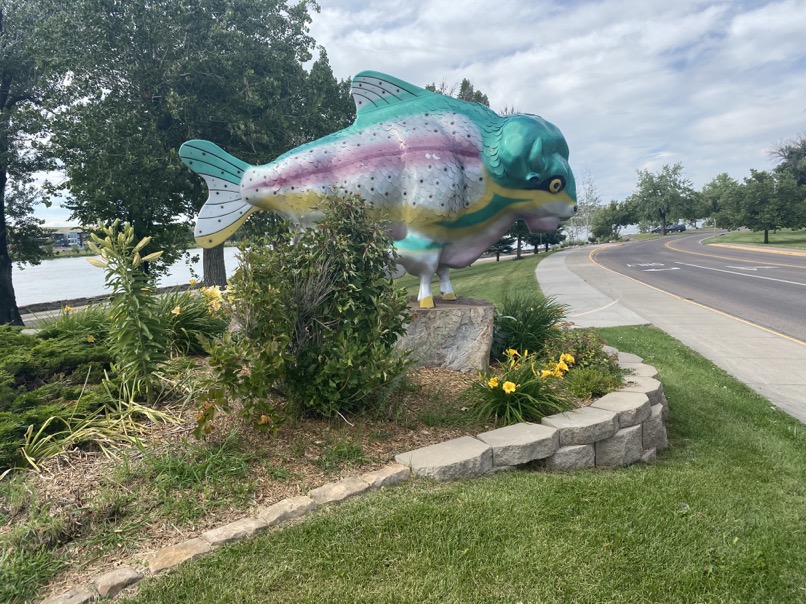 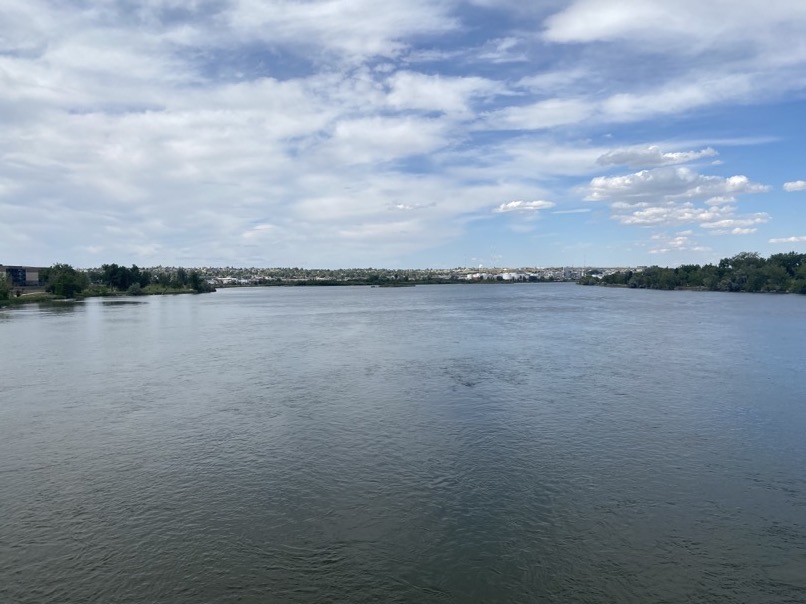 Despite the wind and traffic, I was feeling more rewarded than beat up compared to yesterday. I did realize that Alan was behind me now and even with his early starts, it was unlikely he would pass me again. The time we split up on the day we rode to Lewistown was the last time I saw him on this trip.