Today was my first mountain pass of the trip. I joined the Lewis and Clark route out of Great Falls and stayed on highway 200, which I was ready to be done with at this point. The road out of Great Falls wasn’t that bad, but highway 200 was starting to be associated with traffic, wind, and narrow shoulders. I stopped at a gas station in Simms, knowing it was the last major stop of the day until my destination of Lincoln. Having just joined the Lewis and Clark route, I opted to divert from it to stay on highway 200, avoid Augusta, and shave some miles off my day. Before I went in the store at the gas station in Simms, I called Abbey for 30 minutes.

I bought some extra snacks as well as an extra Powerade to store in my back pocket to make sure I wouldn’t run out of fluids for the next 57 miles to Lincoln. When the cashier asked where I was going, I said west on highway 200 and he laughed, saying how many hills I was about to go over. The wind wasn’t as bad as the past few days. The hills were rolling with a beautiful view of the mountainous forests that I was approaching. 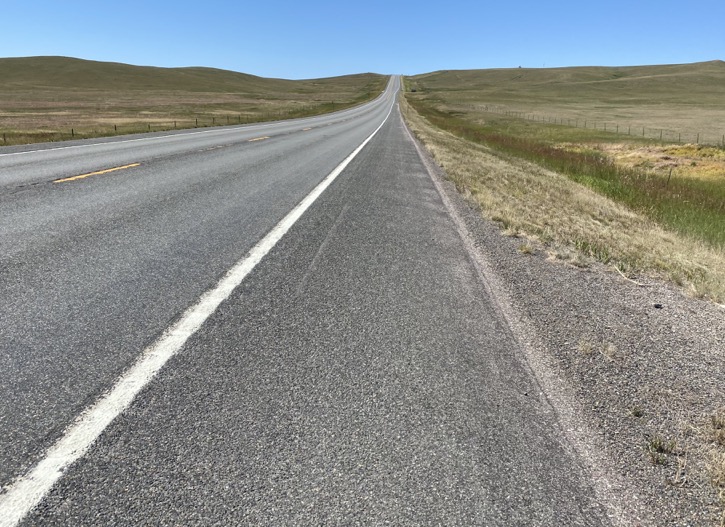 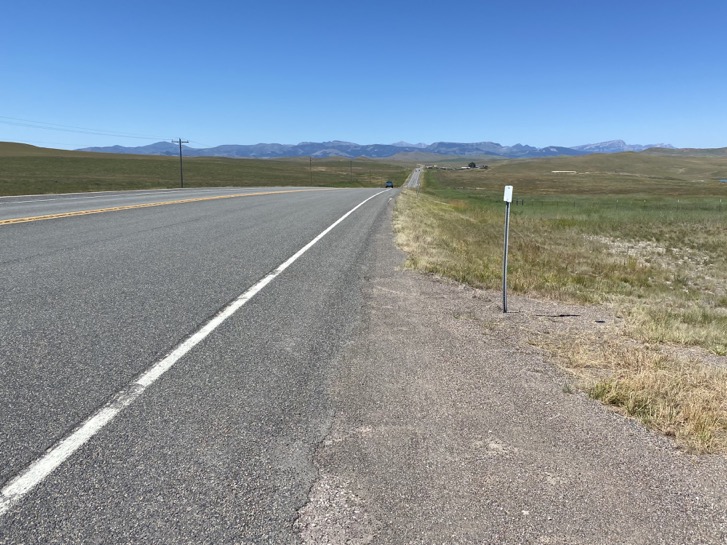 I started my climb up Rogers pass. 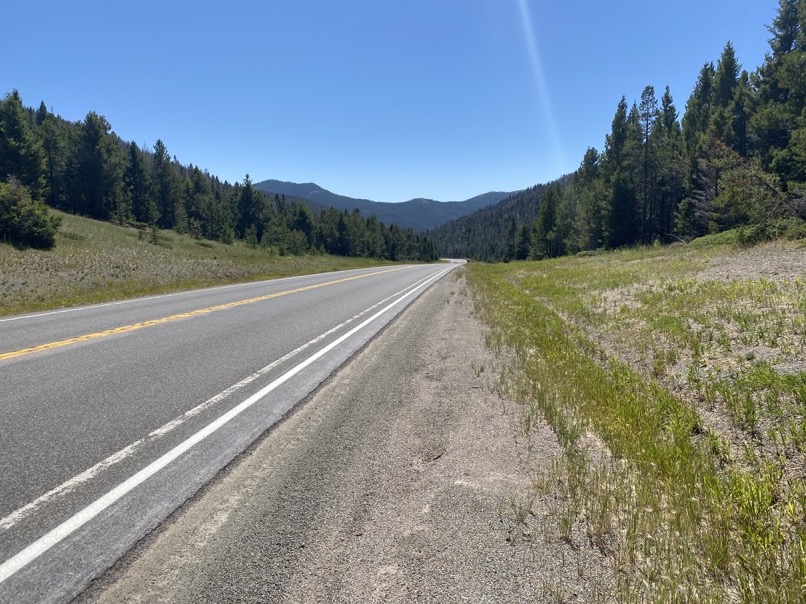 The traffic wasn’t as bad as previous days, but I felt more comfortable for some reason knowing I was in the mountains. It was a false sense of security, but it helped. I pulled over for a break next to a semi truck who was tightening down his load before going up the pass. We said hello, and he told me he was hoping to make it to Washington tonight.

I made it to the top of Rogers Pass, the highest elevation of my whole trip: 5610 feet. Flies were biting my legs, so I hurried to get a photo of my bike next to the elevation sign. 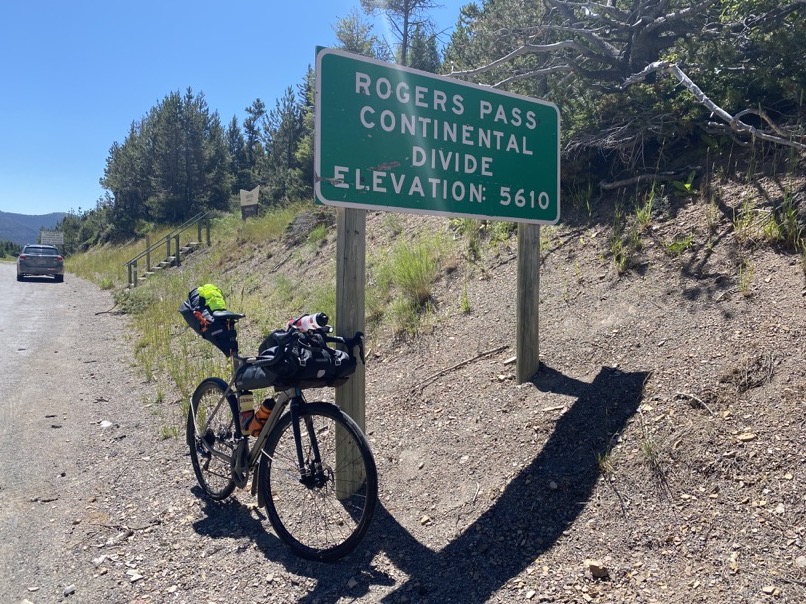 I felt so good being surrounded by a forest, in the mountains, getting closer to the pacific northwest. It was mostly downhill into Lincoln.

I pulled over to call a couple hotels, with the second one having vacancy. It was an old western themed hotel. After checking in, I showered and walked to a steakhouse for dinner before stopping at the grocery store for the next day’s food. I got back to my hotel and realized there was no fridge, so I filled an empty trash can with ice to keep my milk cold until the morning.