I woke up at my usual early time again, but I was in mountain time since crossing into Riggins yesterday. This meant I was up extra early, leaving my hotel room with no daylight. I went back to the gas station and bought two breakfast sandwiches and ate them at the table outside, watching everyone get fuel and coffee before going to work. It was still dark when I left the gas station, so I headed west into the forest. I was aiming to cross the Oregon border today and camp at a park along the border. My route went west out of New Meadows and then southwest towards Cambridge. 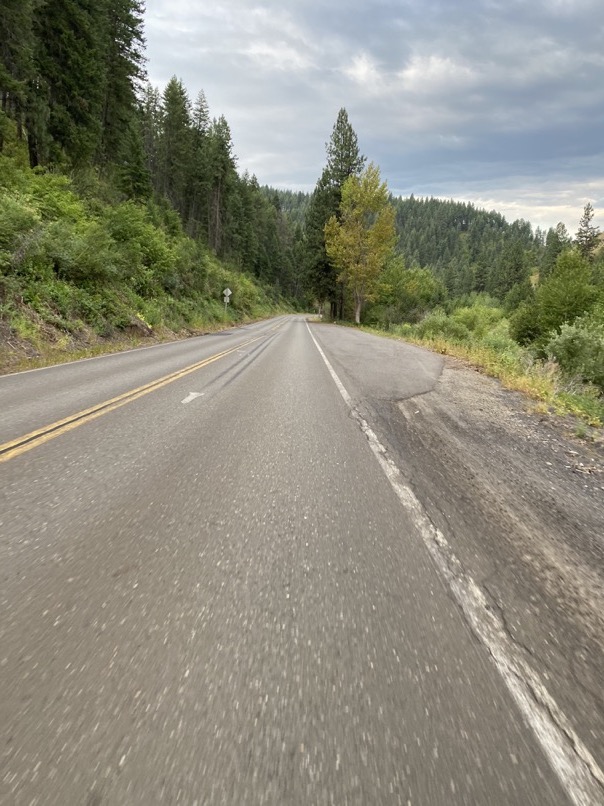 The road outside of New Meadows was beautiful, surrounded by thick forests with curvy roads and low traffic. A big group of bike tourers were climbing up a decent sized hill along the highway as I was descending in the other direction. With the forest behind me, I rejoined a slight wind with straighter roads into Cambridge. I stopped at a gas station for food and fluid refills. As I was packing my bike up, a local started talking to me and described some of the roads I could choose from after crossing into Oregon. He talked about a hilly, low-traffic route that went more north. I thanked him, knowing I was going to stick to whatever my route told me to do. It was tempting to follow his suggestion but knew it would’ve put me towards the Columbia Gorge and then into Portland, an area I wanted to avoid on my bike. I asked about the highway to get to the Oregon border and his tone changed, telling me to be careful since the road was curvy and narrow. But with it being a weekday, fishing traffic towards the Snake River would be minimal.

I biked a few blocks to a city park that was on my map as a campground. I sat at a picnic table to eat snacks and drink chocolate milk. It was a bit of a setback to hear how the local at the gas station described the road I was about to go on, originally hoping it would have minimal traffic. I headed back to the gas station after I was done eating. I forgot to buy sunscreen, and with no services at the campground I was looking at, and with the hot weather in the forecast, I knew I had to refill soon. I headed west along highway 71. Either the guy at the gas station was overstating the danger of the road, or I completely misinterpreted his message. The road didn’t have much of a shoulder, but there were almost zero cars. My mood got a lot better, aided by the slight tailwind.

I passed a couple who were walking their horses and one of them cheered me on for a second. He laughed after I asked if he wanted to trade his horse for my bike. I eventually got to a sign warning about the upcoming descent. I looked at my map and saw plenty of curves ahead. After the main descent, I stopped by a convenience store as I got closer to the Snake River, the last stop for food in Idaho. I asked the clerk about Oxbow, the town I was planning to stay in after crossing into Oregon. She said there wasn’t much in Oxbow and suggested I keep going to Halfway, Oregon. I ate an ice cream cone on the bench outside, refilled my bottles with gatorade, and proceeded down the last bit of descent before paralleling the Snake River on the Idaho side of the Oregon border. 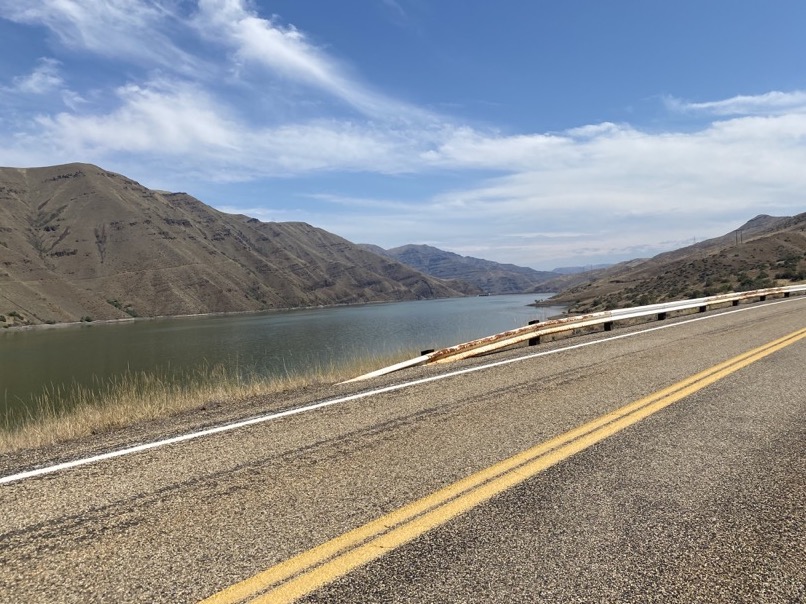 The traffic was still virtually empty, the wind was minimal, and the views were impressive. A stark contrast to the busy, windy, and bland highways back in Montana. 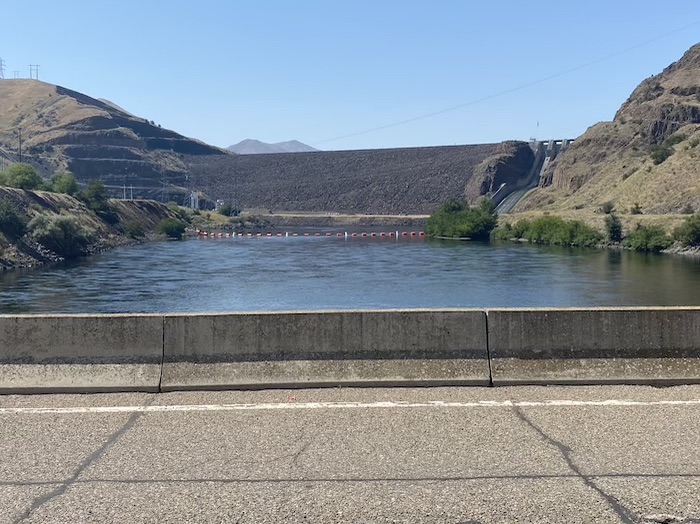 I crossed the Snake River and pulled over by the Welcome to Oregon sign for the last welcome sign picture of the trip. 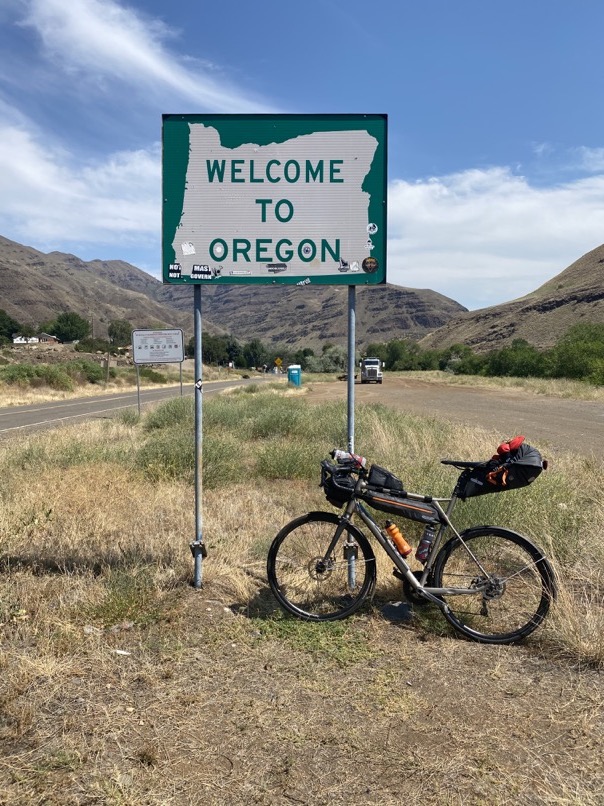 Shortly after arriving in Oregon, I stopped in Oxbow which was barely a town, but it did have a nice campground with running water that I used to top off my water bottles. Taking the store clerk’s advice, I continued on the highway towards Halfway, another 18 miles in the afternoon of a hot day.

I arrived and got another hotel. The blackberry milkshake was the highlight of the evening after a hot day.