I started the day with a decent climb out of Halfway, towards Richland. The climb wasn’t as steep as the ones in Idaho, being on a state highway, but it was long enough for me to be happy that I didn’t go on any longer the day before. 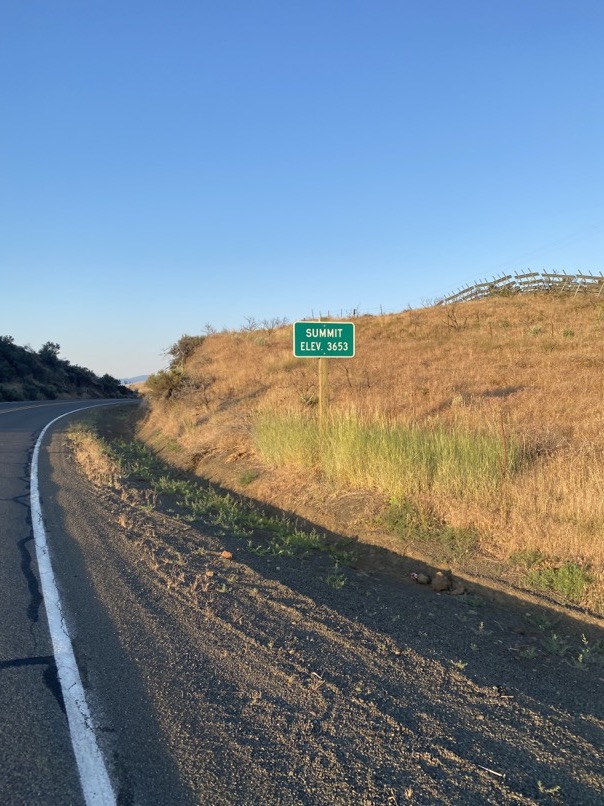 It was supposed to be another hot day, so I had another early start. I stopped in a gas station in Baker City for a breakfast burrito, apple, and chocolate milk. I wasn’t feeling 100%. Not sick, but more tired than I remembered feeling on any previous day of the trip. I took a long break. The food helped, so I continued on and the beautiful scenery going towards Phillips lake distracted me from my fatigue. 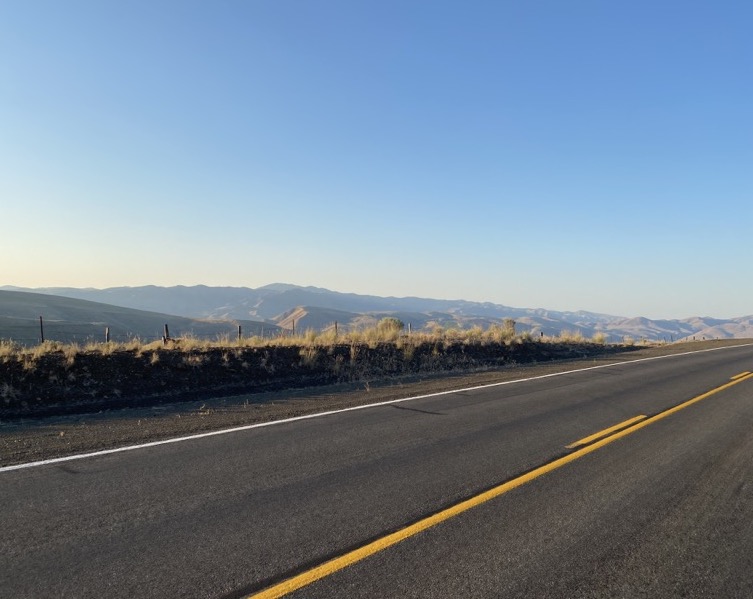 I stopped by Union Creek Campground to reapply sunscreen and refill water. The next town was Sumpter but it was 3 miles off route. The next place to stay after that was a convenience store in Bates. My map mentioned they allowed camping. I called to make sure, but they said they weren’t letting people camp this year but mentioned Bates State Park allowed camping. The park didn’t have any showers, flushable toilets, or running water, so I decided to head towards Sumpter. The scenery continued to be beautiful. I had never explored this side of Oregon before, but I would’ve guessed it was all desert and grassland. I’m glad I was wrong.

I checked hotel reviews on Google Maps. There were only a couple hotels, so I went to the least threatening looking one. There was a friendly dog out front, off leash, but just napping in the shade. A breath of fresh air compared to the ones that had chased me previously. 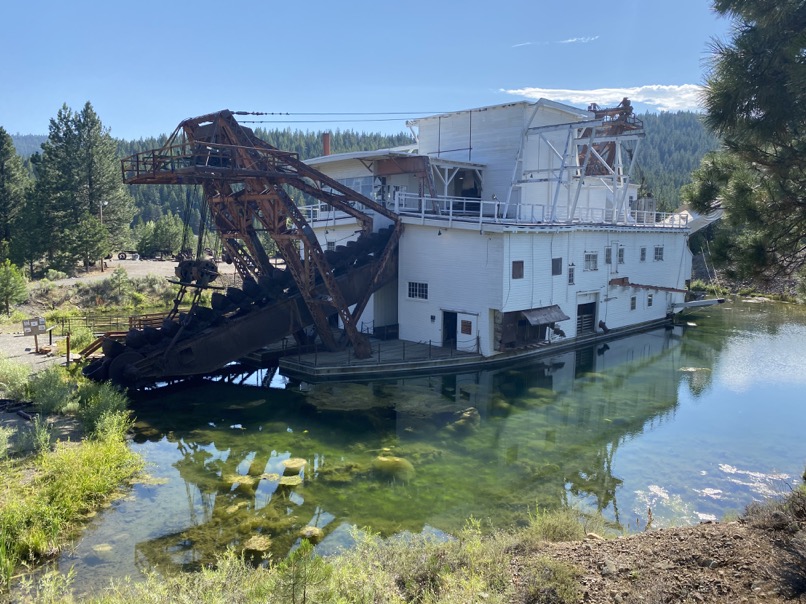 There was nobody in the office but they had a number to call to get a room. I called and left a voicemail, and hung out on a bench outside the office. Someone outside smoking mentioned the person at the desk went to lunch. I was happy to be in the shade, so I just waited for somebody to return. The person who returned invited me to the office. I mentioned I was heading towards Corvallis and she said she moved with her family to Sumpter after living in Lebanon (13 miles away from Corvallis). The restaurant next door was recommended by the hotel person, so I sat down to have a pizza and Deschutes beer for dinner.