Biking to Oregon: Day 23 - Full Send to the Finish

An old friend, Aden, who lived in Bend was planning to ride with me today. We agreed to meet in the morning, but later than I was used to leaving, which meant I could sleep in. I had what felt like a lazy morning, but it was nice to catch up on sleep and have a homemade breakfast. I noticed my rear tire was a little low, so I added some air and then biked to Sisters which was about 45 minutes away. Abbey’s parents were there, taking their dog on a walk, so I stopped to chat for a couple minutes.

Aden and I met in a park and headed west towards McKenzie pass, the last mountain pass of the trip. It was fun to have someone else to ride with. 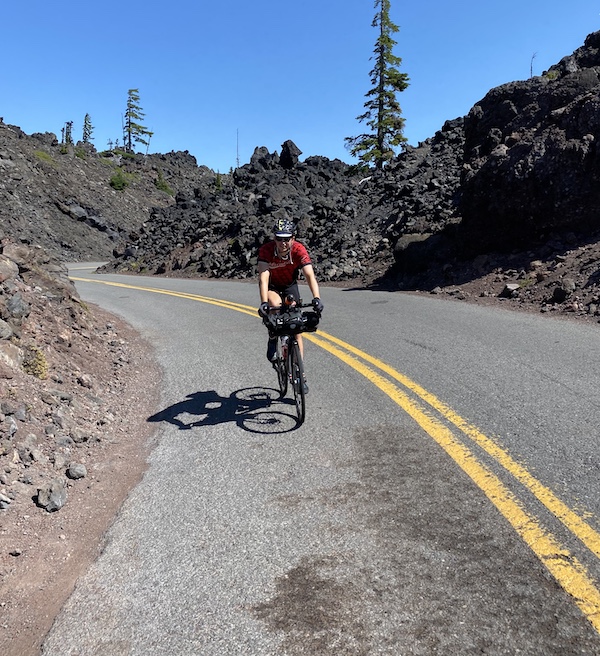 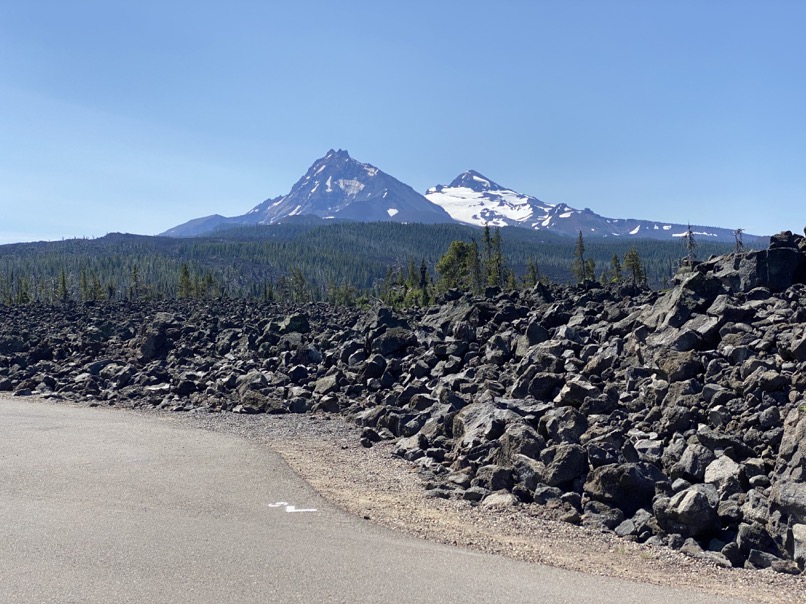 We parted ways at the west side of the pass, where highway 242 intersects highway 126. My rear tire seemed a little low again. I added some air.

I stopped by a restaurant with a takeout window. They also sold some convenience store food. I made a good dent in their Clif and Snicker bar collection, then sat down to plan the rest of the day. Camping was available along the McKenzie River, which I was already planning to take advantage of, but it was only noon. I felt so close to home, but knew it would be my longest day of biking ever to get there.

I kept going, with no goal or place to camp in mind. It was mostly downhill with heavier traffic. Later on, a wreck had closed a lane of traffic. There was a line of cars to get to where the flagger was, and I passed some cars that had passed me 40 minutes earlier. Being next to a gas station,it was time to stop for another break. Getting back on the road afterwards, the flagger let me go first so I had some car-free miles to enjoy.

At this point, I was set on making it to Corvallis by sunset. Traffic was light between Springfield and Corvallis, which made it better. 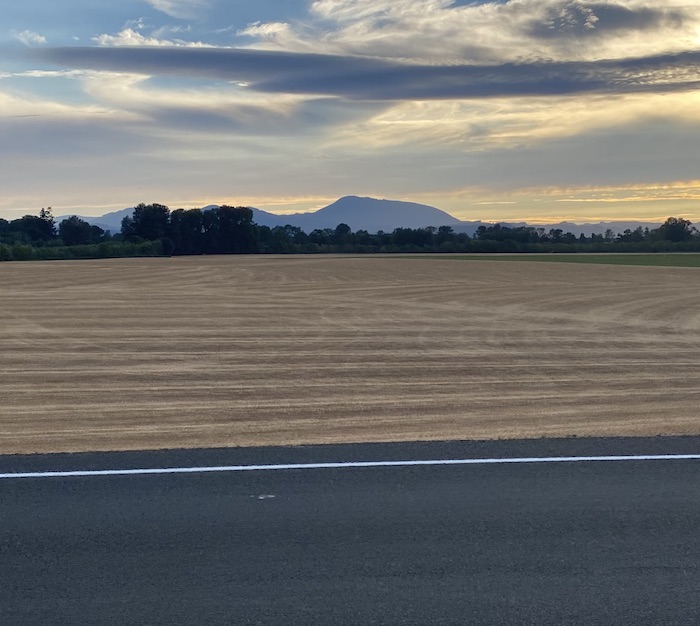 45 minutes outside of Corvallis, I pulled over to add more air to my tire, hopefully for the last time today. I’ll change a flat tomorrow, just not today.

By sunset, I made it to Corvallis and was greeted by Abbey, holding a beer for me, and my Mom in the driveway. 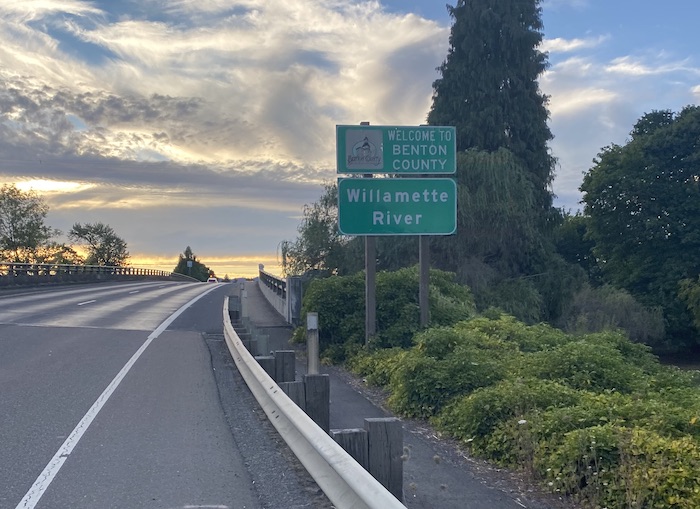 Later that night, I went back into the garage to get a couple items from my bags. My rear tire had completely given up and was flat. Perfect timing.